Total reconstruction of an 11,000 sqm 1970s office building with new interior, services, and facade. Solar shading, insulation, and energy management systems saved over 50% of previous running costs. Bridge House was the subject of a Building Research Establishment study on ‘environmentally acclaimed’ buildings, and was a finalist in the Green Building of the Year Awards. 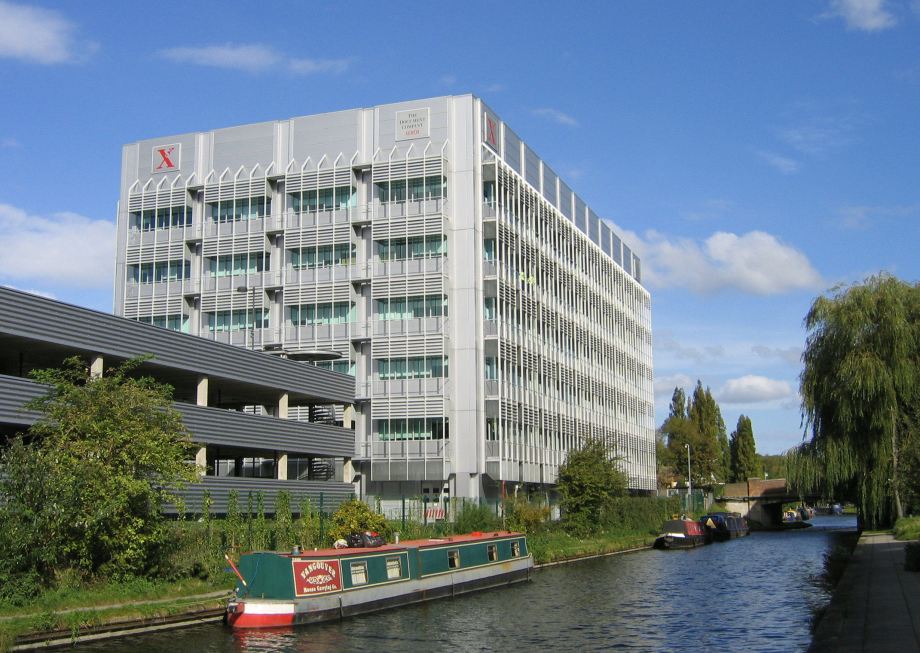 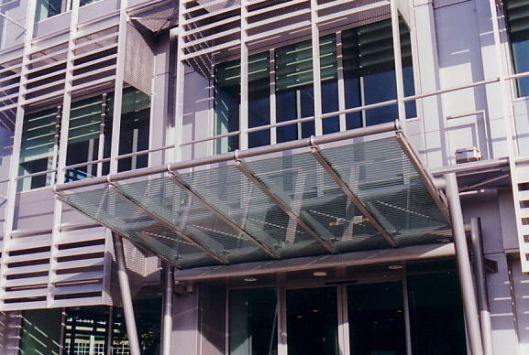 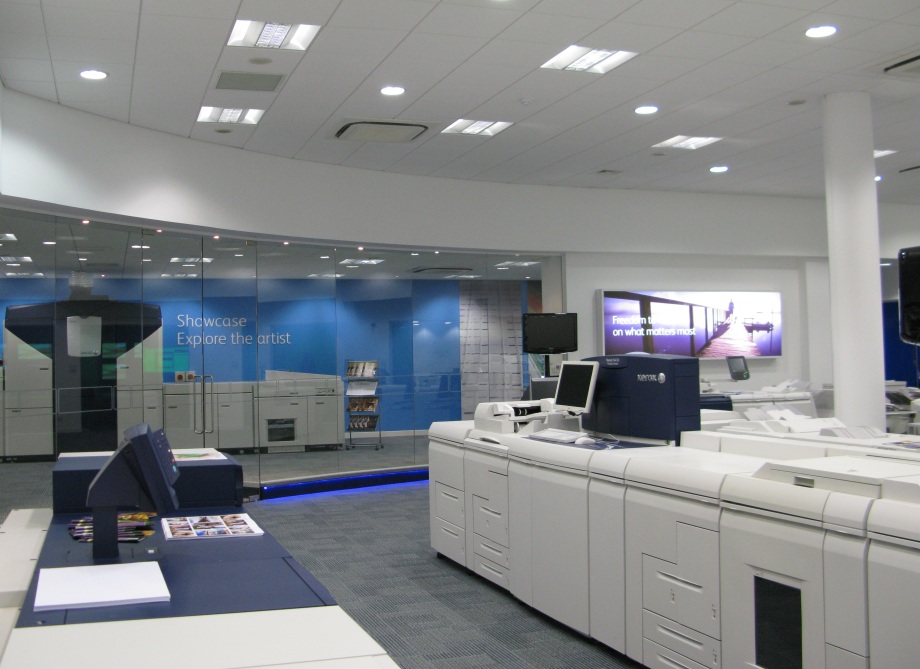 Restoration of a derelict 16th century barn for the Bossons family’s home and studios. Winner of the Chilterns Building Design Award, an Oxfordshire Special Conservation Award, and a finalist in the RIBA Downland Prize. 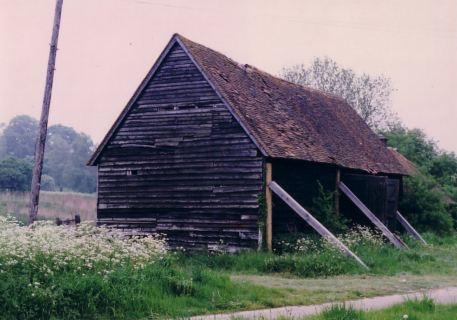 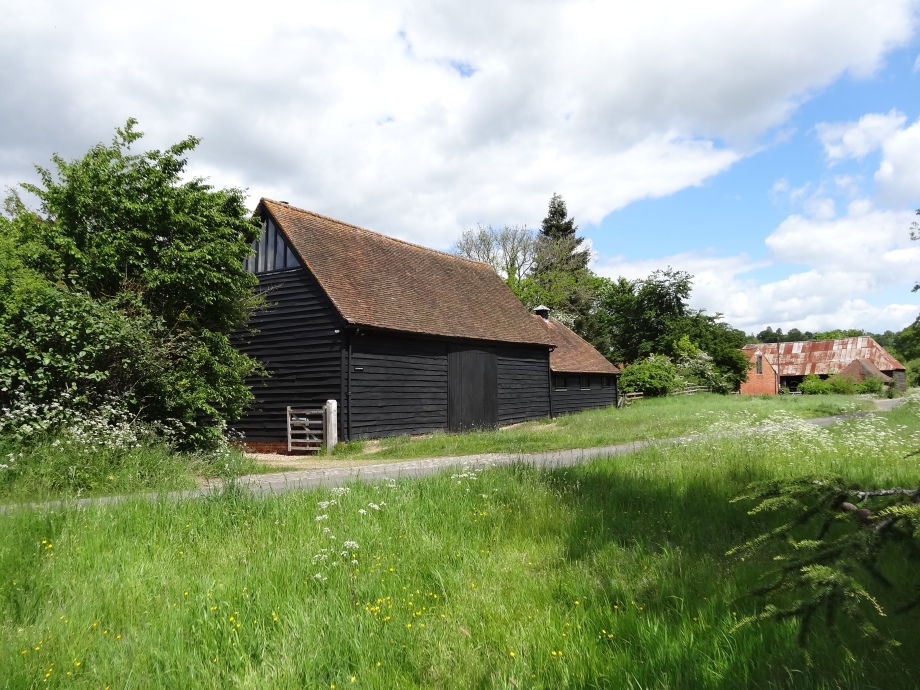 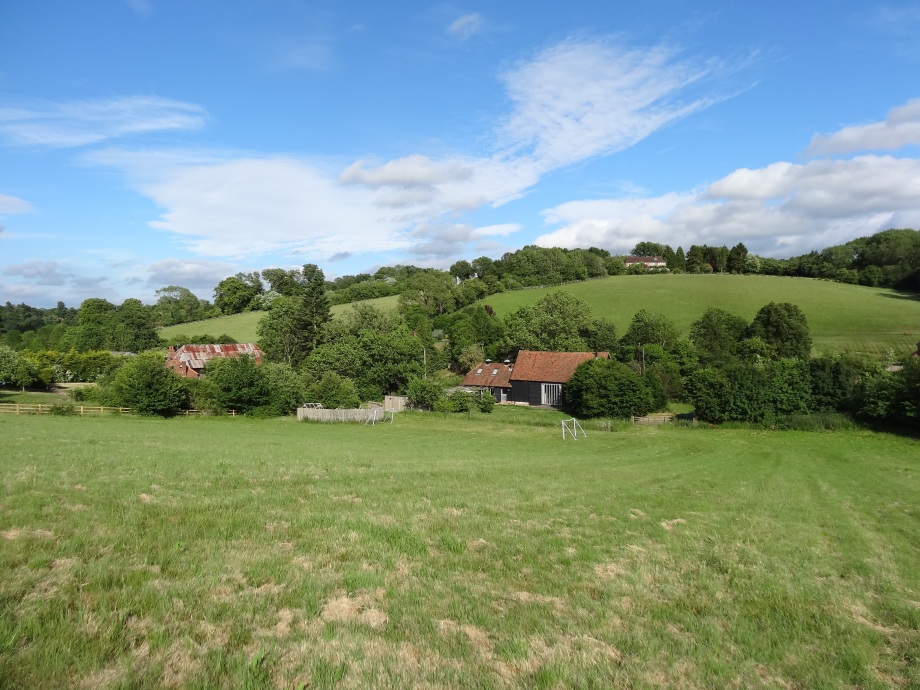 A new holiday home built into a steep rocky site on the northern Costa Brava. A contemporary interpretation of the traditional Iberian tower house with projecting top floor shaded balcony and roof terrace to make the most of the beautiful views over the Mediterranean and protected headlands. There is a ‘wind-catcher’ for natural ventilation on the roof, a large solar panel for hot water, and rainwater storage tanks. Despite the steep slope a terrace with a swimming pool was created using the rock from the site. 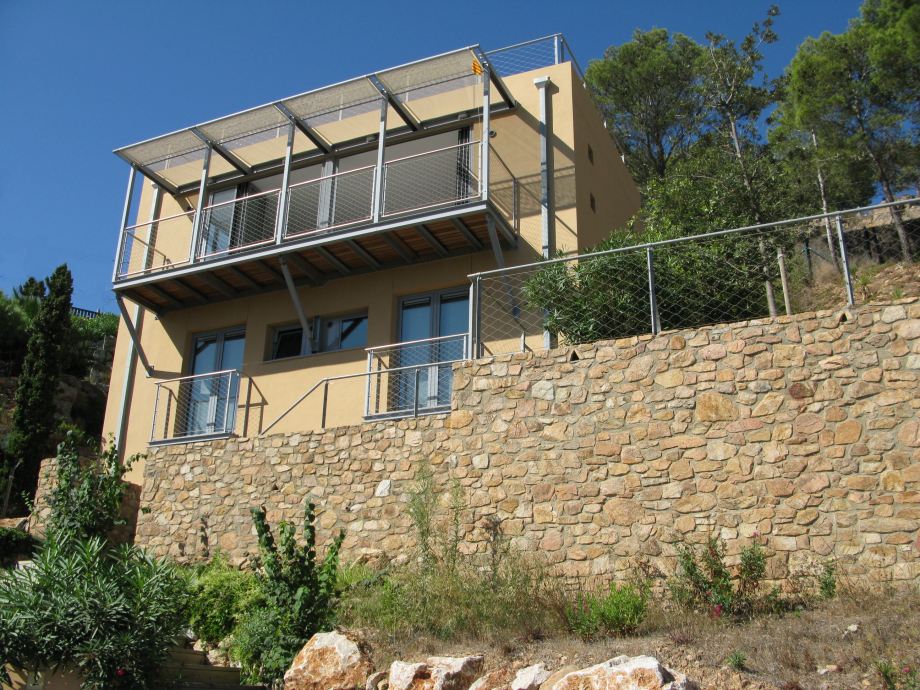 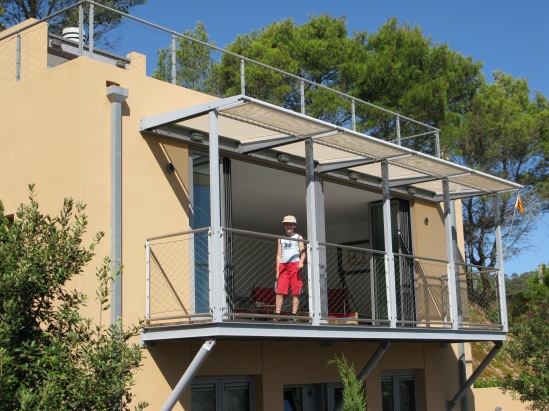 Reconstruction of a derelict 19th century apartment block in the centre of Moscow. Materials shortages and winter temperatures of -20 degrees made the construction process interesting! At a time of wholesale demolition in the city the conversion into modern offices received widespread praise for showing how Moscow’s heritage could be successfully adapted. Gratifyingly, the building has been very well looked after for two decades and is now the headquarters of a Russian bank. 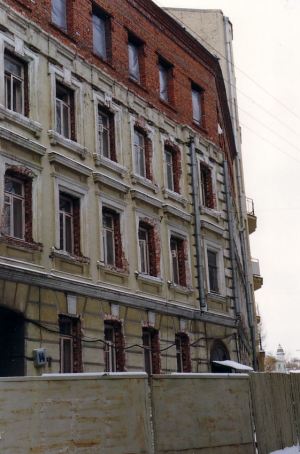 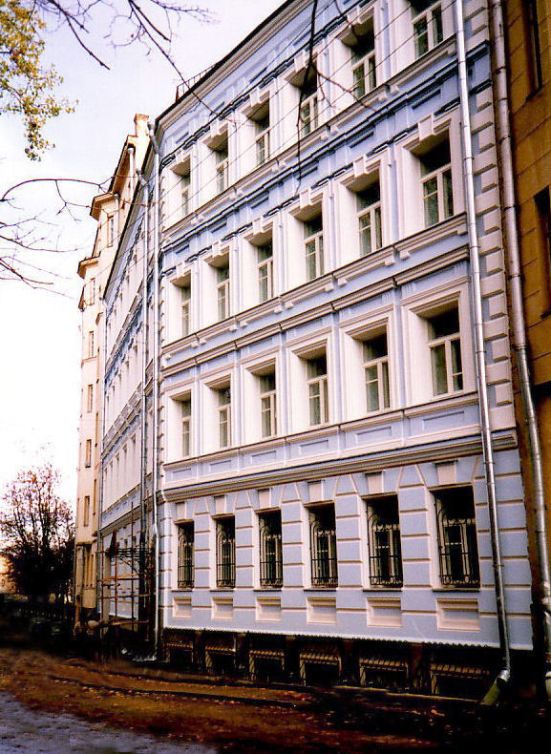 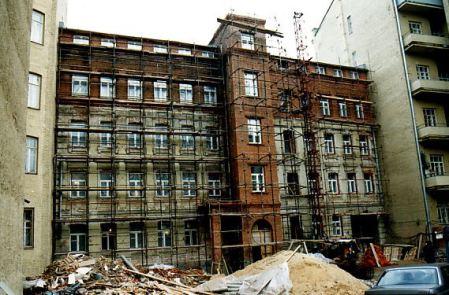 The practice was asked to develop a design for the roll-out of Copy Centres throughout Eastern Europe after the end of Communism (photo-copiers were very restricted behind the ‘iron curtain’ for obvious reasons). A prototype was usually built by Xerox in each country as an example for franchises to follow. This programme was a great success for the company (and for the practice!) and opened up a huge new market for their machines. 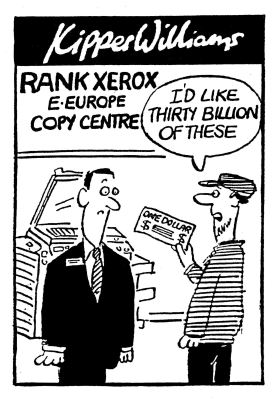 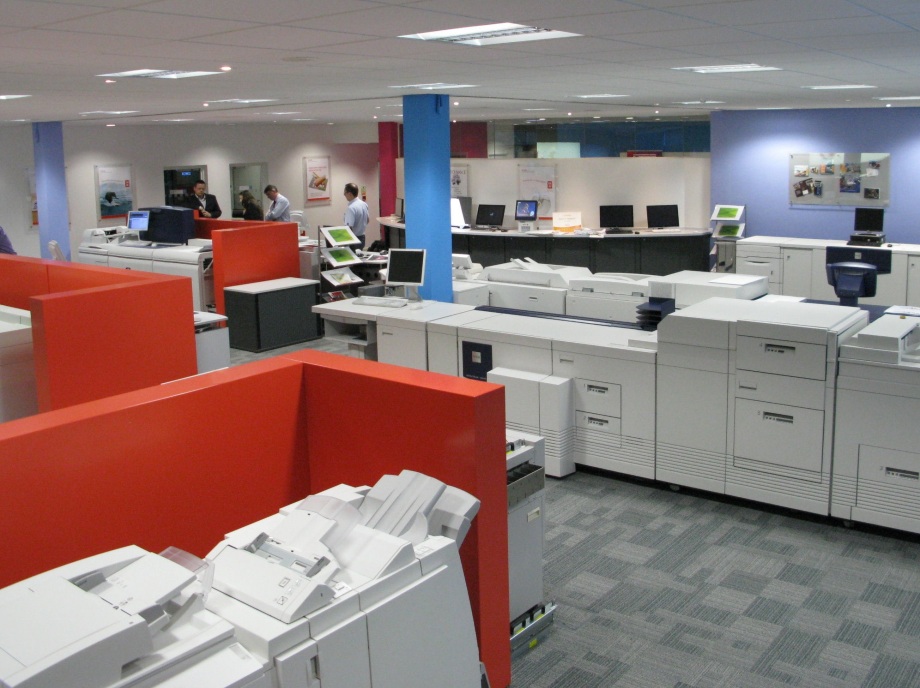 A yoga centre and temple for a West London charitable trust with an Ashram in Mysore, India. In a large 1920s housing estate the design was intended to be a contemporary interpretation of traditional elements from early Indian temples as well as respecting the scale of the adjacent houses. Turf roofs over the various parts of the building, rainwater storage, and solar panels provided the sustainability that the client required. 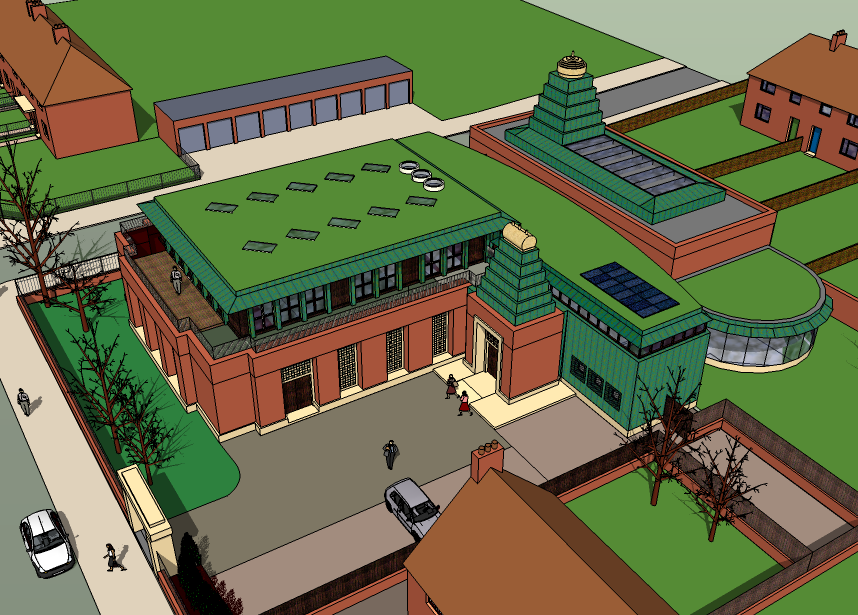 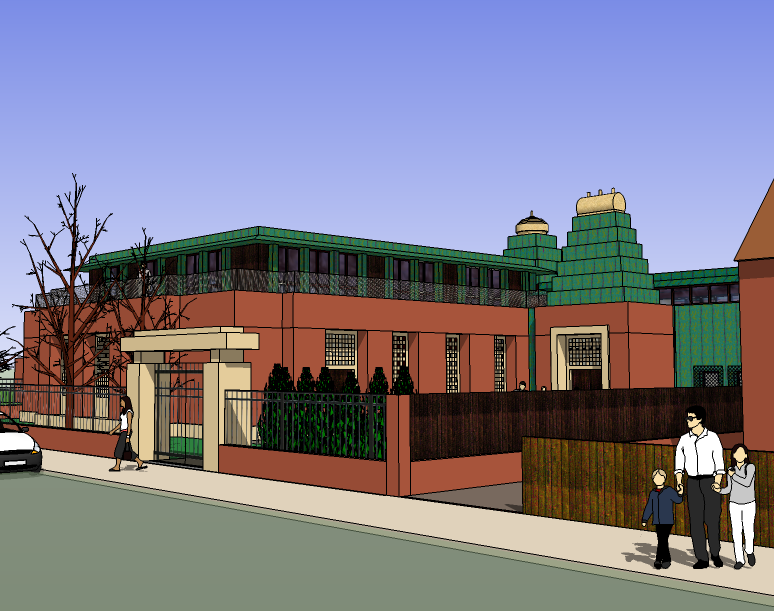 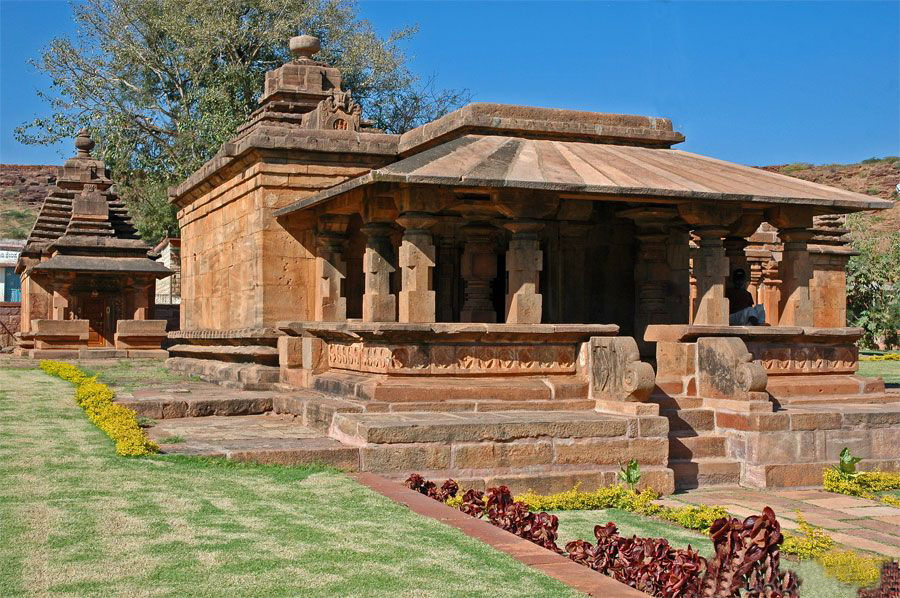 A small housing estate around a nineteenth century village farmhouse and barns. Timber framed with stone and timber cladding the houses met level 5 of the original Code for Sustainable Homes with air-source heat pumps, rainwater storage, solar water heating, super insulation, triple glazing and very efficient use of the building land. Typically the yearly heating cost for a three-bedroom house was less than £100. 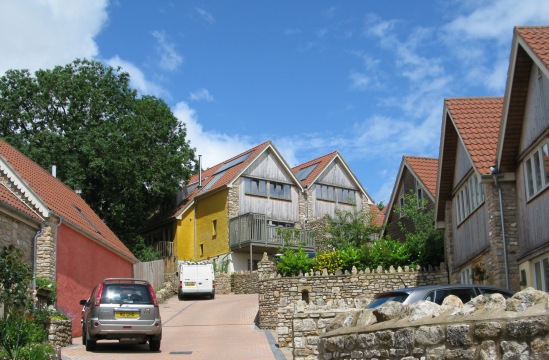 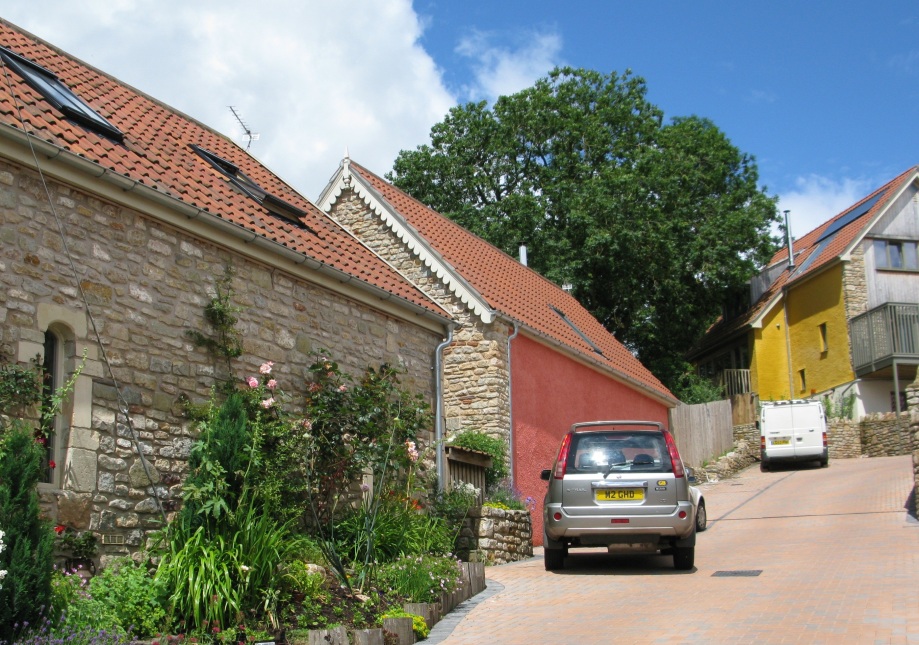 A ‘sign-of-the-times’ for small practices is the increasing use of the architect’s skills to obtain planning consent only and then for the client to self-build without understanding much of the design intent or the importance of details. The small amount of fees ‘saved’ is usually more than made up by the extra costs of mistakes and design changes during the building process! The following images show a wide range of projects for planning applications (some as described) including extensions to listed buildings, a conversion of a race-horse stable in Somerset, mews houses in Bristol, a holiday house by the Thames, and new-build houses. 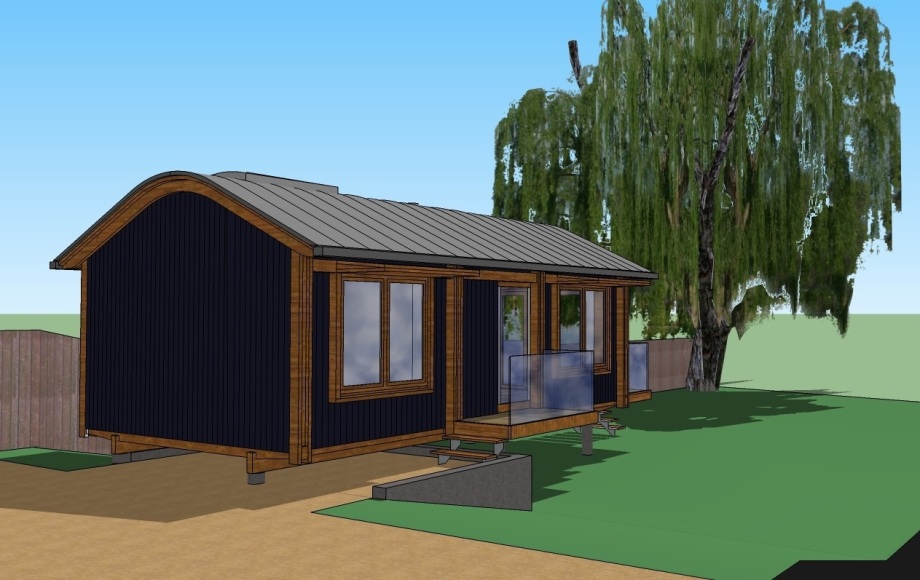 A conversion of a 1920s handbag factory in Wandsworth into head offices for the famous restaurant group. 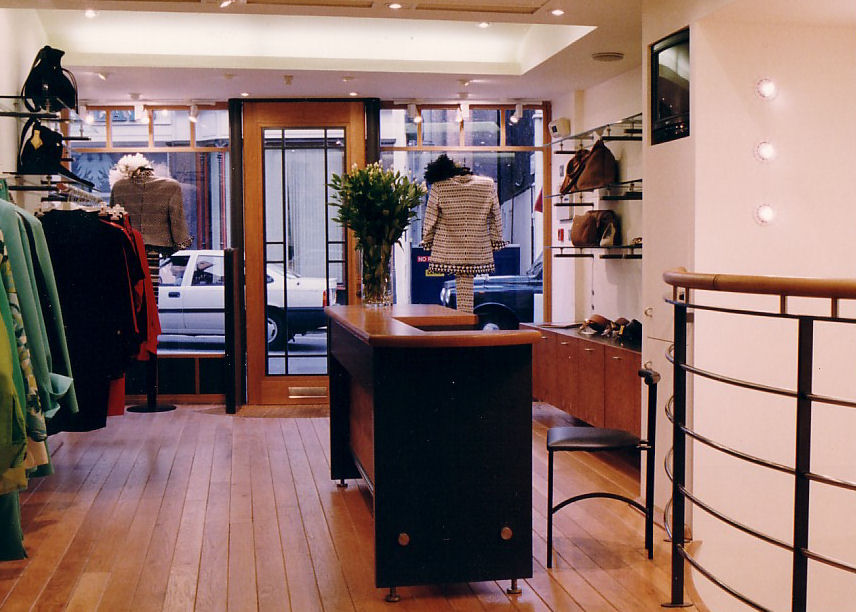 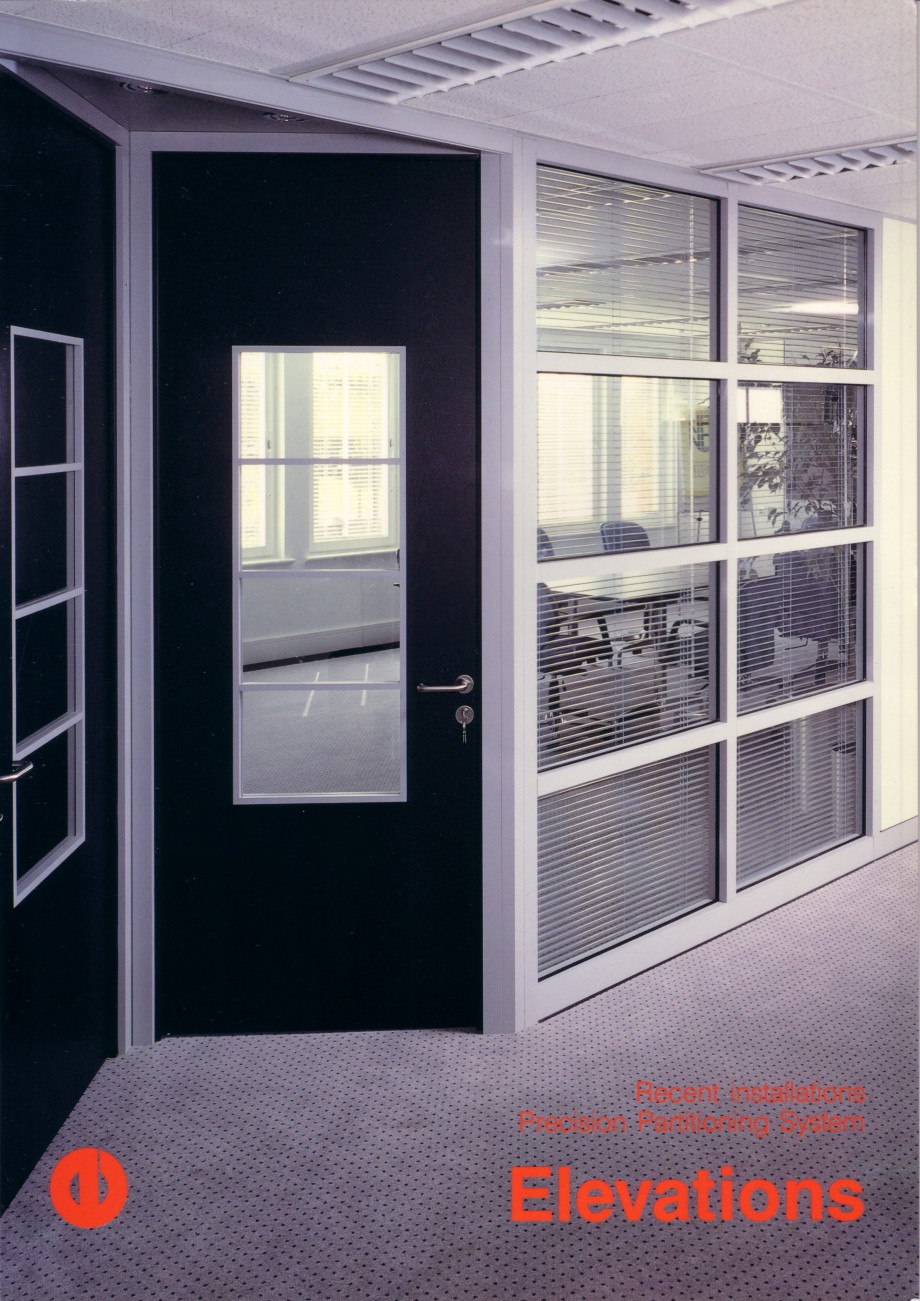